BRIDGEPORT, Conn. (AP) - A Connecticut man was sentenced Friday to 10 years in prison for setting fires including the 2019 blaze that destroyed a well-known Shakespearean theater in a shoreline town. Twenty-year-old Christopher Sakowicz told the judge at his sentencing that wants to work as a welder following his release from prison, Hearst Connecticut Media reported. Sakowicz of Stratford, pleaded guilty in June to setting the fire that burned the American Shakespeare Theatre in Stratford to the ground on Jan. 13, 2019. Defense lawyer Joseph Bruckmann told the judge that Sakowicz has a long history of mental illness. 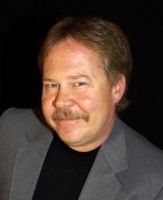