Connecticut officials are considering the possibility of having to eventually administer booster shots of the COVID-19 vaccines in nursing homes. Gov. Ned Lamont said Monday the state is also working to vaccinate new residents and staff who are coming into the facilities without having had a shot. About 5% of the nursing home population turns over each week. Lamont's chief operating officer says the newcomers are overwhelmingly not vaccinated. Meanwhile, several Connecticut school districts have been forced to close or stop in-person learning for a day after educators attending vaccine clinics called in sick with side effects from the shot. 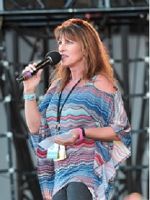