Gov. Ned Lamont has announced he plans to lift some restrictions on youth sports in Connecticut as the state's COVID-19 metrics continue to improve. The Democrat said Thursday athletes will be allowed to compete in previously banned indoor sports, including cheerleading and competitive dance. Lamont said he expects to ease restrictions soon on some outdoor sports considered high-risk for infection, such as lacrosse. The governor said the number of fans allowed at youth sporting events will also be increased. The state will institute a cap at 25% capacity and 200 fans, whichever is the lower number. 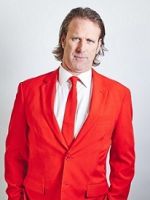