An increase in demand for coronavirus testing in advance of Thanksgiving has led to hourslong lines across Connecticut as providers scramble to add capacity and hire new workers.

That comes despite the recent addition of 60 new testing sites in the past few weeks, bringing the total to 260 sites across the state.

Leslie Gianelli, a spokesperson for Community Health Center, Inc. which operates 15 testing sites across the state, said the wait time at those facilities on Thursday was over two hours.

Similar waits were being reported by Hartford HealthCare at its eight sites.

The governor’s office said it is working with all its testing partners to increase staff, open more testing lanes at existing facilities and extend operating hours.

Gianelli said they are currently trying to hire about 100 additional workers, from administrative support to nurses who can administer the tests.

Capt. Dave Pytlik, a spokesperson for the Connecticut National Guard, said they have deployed about 50 Guard soldiers and airmen to help at testing sites.

Hartford HealthCare said it is testing between 30,000 and 40,000 this week. It plans to open a new drive-thru center at Bradley International Airport on Monday and recently moved centers in Hartford to the convention center and in Norwich to Dodd Stadium to increase testing capacity.

“We certainly don’t see any decrease in the testing that we are going to need,” said Dr. James Cardon, who runs Hartford HealthCare’s testing program. “We appreciate everybody’s patience, but we understand this is difficult. But we have a singular focus on trying to improve so that people aren’t disrupted as much as they are currently.”

He said that system is giving testing priority during the first few hours each day those who are scheduled to undergo medical procedures.

Connecticut’s seven-day rolling average positivity rate has risen over the past two weeks from 3.75% on Nov. 4 to 5.55% on Wednesday. 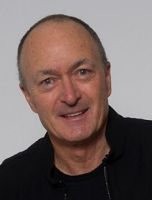